Top Posts
Kundali Matching and modern-day society:
What are the different payment processing pricing structures?
Things to Avoid on Choosing a Carpet Cleaner
Counter-top Wash Basin: Complete guide on buying them
All You Need to About Polyester Spiral Mesh...
How OTT Streaming services in India Helping Cinema?
Movierulz Plz: Download New Movies for Free
5 Reason you Should have a Life Insurance
Tesla trails the pack in its first JD...
How to Choose Custom Packaging for Your Products...
Home Tags Posts tagged with "Laptop"
Tag:

Undervolting: How to properly undervolt a CPU to reduce CPU temperature and increase PC performance

This tutorial is about two powerful tweaks that can greatly improve the performance of your laptop. There are two ways to achieve this performance boosts, first is a software tweak. It’s a relatively easy tweak and its quite safe. The second teak involves opening up your laptop to apply thermal compounds. It’s something a little tricky but it should not void your warranty as long as you don’t tell anyone about it.

If you do this, understand its at your own discretion or risk because opening up your computer touching stuff, playing with software that changes the voltages into your processor and bios and stuff like that you kind of do it at your own risk. With that said, I think it’s safe.

What is undervolting and how it affects PC performance

Factory settings for CPUs are designed to feed the CPU more voltage than they actually need. The extra unused current then contributes to heating the CPU which will reduce performance if the throttling temperature is reached.  Undervolting is a process where you reduce the voltage that’s going to the CPU but it doesn’t affect performance and may increase battery life, so it’s a win-win situation.

How to undervolt a CPU

First, we need the tools for this. Its a software and this software gives you tremendous control over your CPU and if you just start clicking things randomly you can mess things up. For this tutorial, we are going to be dealing with one thing which is under bolting and it’s super safe.

The two more popular apps that people use for this are XTU by Intel and throttlestop. Both are free both are good but for beginners, I would recommend XTU because it has all the basic components you need to properly undervolt. 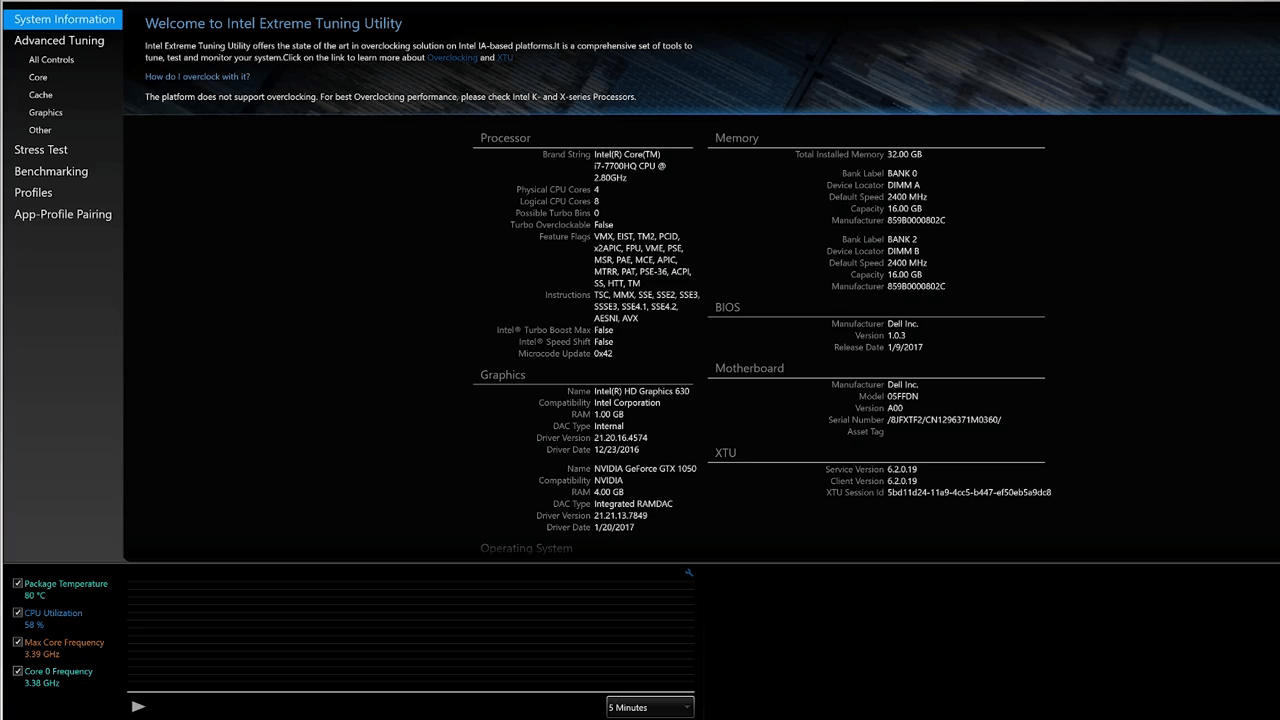 This is XTU when you first load it up. It looks crazy complex lots, of numbers but we can ignore most of it.

First, adjust the graphing monitor to show 30 minutes of data. Stress-test your CPU at its baseline without any adjustments just to see what numbers you will get.

The laptop used here is the XPS 15 9560, it’s running a KB Lake 7700 HQ. During the stress test, the CPU is running pretty much full tilt with occasional dips and the temperatures are going up and down as the fans turn on and off. At its hottest, it’s 88 degrees and at the coolest around 76 degrees.

Now the way to undervolt properly is to drop the voltage, stress test and if it checks out drop the voltage again and repeat. You’re basically starving the CPU more and more

Go to advanced tuning (1) and on the core tab (2), click on the core voltage offset (3) and you want to scroll upwards from zero to see negative numbers. Remember we’re undervolting here so you want to choose a negative voltage and apply settings (4) 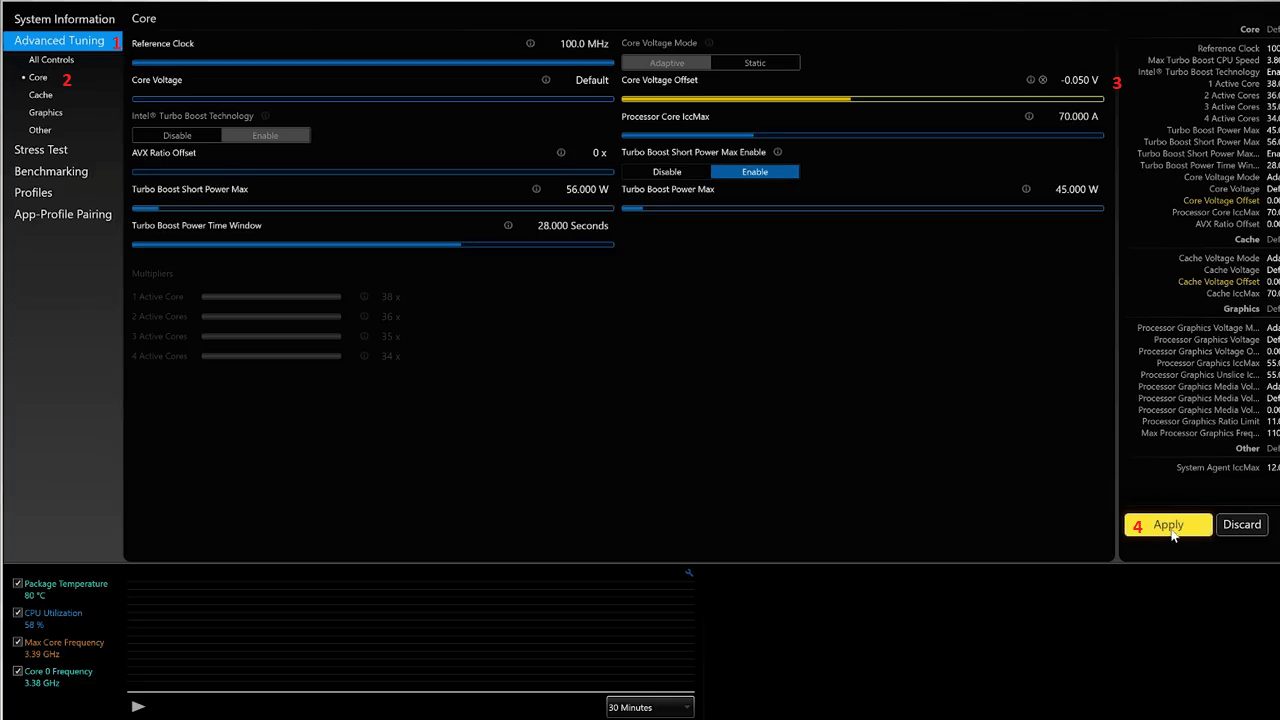 Starting with an undervolt of 50 millivolts means 0.050 volts. And since it’s undervolting its a value of -0.050 volts

Stress testing gets a max of 84 degrees. Watch out that the system is still completely stable. We’re getting full clock speeds showing its a step in the right direction.

To kick it up a notch lets undervolt by reducing it by a hundred and twenty millivolts which is -0.120 volts and I’m cheating here because I know this is near the limit for this particular CPU. You should reduce it one increment at a time and test a bit but for the sake of speed, I’m cranking that knob to ten.

So at this undervolts when we stress test and activate the graph we’re getting even lower temperatures maxing at around 77 degrees so a good 10 or 11 degree drop from the original unaltered voltage.

Dropping my voltage to -130 millivolts, it’s going to freeze and might even blue screen and when it does that, you know you’ve hit the undervolting limit. At this point, reboot your machine and go back into XTU and go back to the last voltage that worked.

To really test the stability you want to run something like prime95 overnight just to make sure it’s all good. If it doesn’t last overnight bump up the voltage.

Every CPU is different so I can’t tell you exactly where to start but I would recommend looking up your CPU or your particular laptop and seeing what other users with that hardware have been able to reach and just use that as a starting guide. 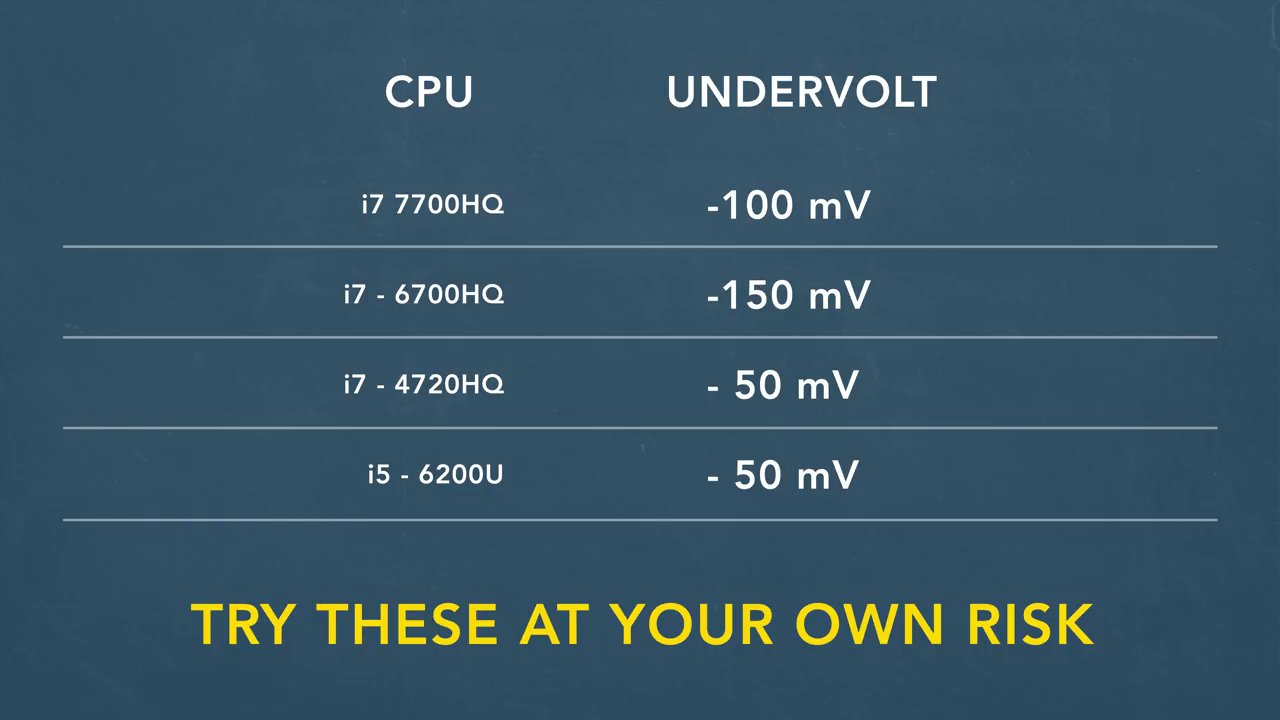 When you’re done you can close XTU down. The settings apply even on reboot. You don’t have to keep the front end application open.

Undervolting laptops can give you better thermals but in my experience, the best results come from something called repasting.

When a laptop manufacturer makes a laptop there comes a point in the manufacturing process when someone or something, usually person, has to apply thermal paste onto the CPU and the GPU and usually they don’t do an amazing job. Usually, they don’t really give that much attention to each CPU. What ends up happening is that the application is imperfect usually there’s too much and there’s a good chance they’re not using the best quality thermal paste.

Thermal paste is a goopy stuff that you apply on to CPUs or GPUs to help transfer heat away from it and the better quality pastes that you use and the better the application process the better of a job that it does.

For the XPS 15 once you’re inside, carefully unplug the battery loosen up the screws on the heat pipes to carefully remove it.

Clean off the original paste using alcohol or arctic cleaner then apply some good thermal paste. Best practice is to do a small blob for the GPU and then a small line for the CPU. 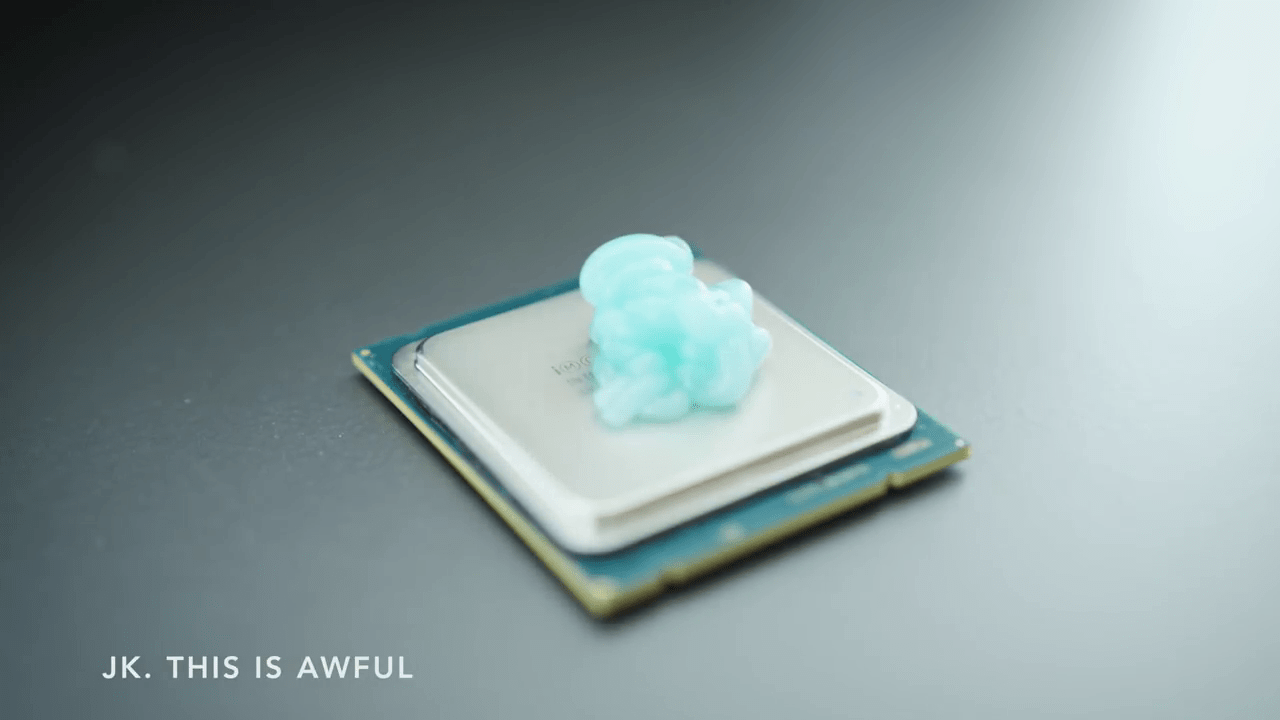 Some laptops use thermal pads that you can swap out for better quality ones or potentially thicker ones. You basically you want the thermal pad to eliminate any kind of air gap. When you’re done place the heatsink back on but don’t lift up to check how you did because if you lift it up you can put air bubbles into the paste and that’s no good.

Repasting may give you a further drop in temperature better battery life, fans that come on less and most importantly no more CPU throttling. Your laptop will be able to run at its maximum clock speed for as long as it wants and if you play games render videos or just do anything that pushes your laptop hard you’re gonna get some nice performance gains from this.