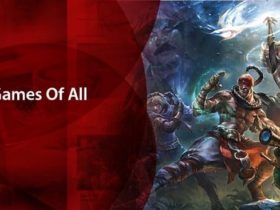 The Best MOBA Games Of All Time

Apple vs Android is perhaps the biggest debate of the 21st century. Each offer different software, hardware, and service advantages and disadvantages. But what about the most important feature of all?

Between the Apple and Android game library which has a better selection of new games and old favorites?

Keep reading for the answer to this question and more.

There are a few reasons for the difference in speed but mostly it comes down to money. Apple users historically spend more money on games for their mobile devices, so developers get more money when they put their games in the app store first.

The reason Apple removed so many games from the platform is because they weren’t meeting certain standards for quality and usability. The operating system couldn’t support a lot of the old games.

For people that enjoy gaming on-the-go, the user experience is probably their number one concern. Mobile games may not be as reliable as playing on a laptop, PC, or other gaming device.

When it comes to Apple vs Android, the user experience for gaming tends to be better with Apple. However, users have mixed feelings about that statement. While game quality might be better on Apple for certain games, it doesn’t mean that it’s better for all games.

Generally, both devices can deliver a great user experience. So it depends on the game you are most interested in playing.

When operating systems are updated it affects the selection of games and can cause a glitchy experience. This is reported mostly by Android users and developers but it can happen with iOS too.

Both Apple and Android charge users for games. Games across platforms usually cost the same amount of money with a few minor exceptions.

There are also in-game costs on both Apple and Android devices. If you are a gamer that wants to save money of buying games and in-game purchases, check out Gamemine.

As far as the devices go, Apple phones and iPads are usually more expensive than Android phones and tablets.

You could spend hours comparing the features of Apple and Android devices. But it all comes down to the user and what his or her main interests are.

For mobile gaming there are great options for Apple and Android. It all depends whether the game library, user experience, or cost is most important to you.

For more gaming and technology tips, browse the blog!

5 Awesomely Geeky Gifts for That Special Nerd in Your Life

7 Tips on Building the Best Gaming Setups at Home