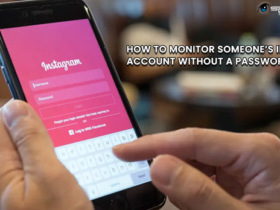 Apple came around this year with the tease, ‘Hi, Speed’. This slogan sums up the gist of the technological revolution of 2020 and has upheld Apple’s stature as is. On the 13th of October, 2020, Apple officially declared that all its models of the latest flagship would outright display their inclusion of the next-generation cellular network, 5G.

This newest feather in the crown of telecommunication connectivity was set in motion last year worldwide, however, sped up its functionality this year despite all the unfortunate and unforeseen circumstances. At this time, all the new cell phone brands are incorporating 5G features in their handsets. The consumer body of the United States wasn’t as excited for 5G until Apple announced its inclusion of the newest feature and now the buzz about it has gotten louder than ever.

Apple does not have a reputation as a pioneer of using new technologies, for instance, wireless charging and mobile payments. Apple always takes its time but once it decides to jump the bandwagon, Apple ensures to rule and change the market prospects that other smartphone developers cannot comprehend. This same expectation has led us to believe that Apple would be using this feature as a differentiation point for the latest devices and their predecessors and would engage in innovating its services.

iPhone 12 models and their USPs

This is the first time in history that Apple has launched 04 new iPhone models simultaneously. A summary of the differences and similarities amongst all the models is provided below:

All the models are fitted with an extremely strong, corning-glass design patented by Apple called ceramic shield which is said to be stronger than any other smartphone’s glass. They are all equipped with the latest processor that Apple has developed, A14 Bionic. The battery and RAM of all four are yet to be disclosed and the software incorporated within the devices is iOS 14. Special features like 5G inclusion, MagSafe wireless charger, IP68 certification, and dual sim function are uniform in all of the devices although Lidar Scanner is included in iPhone 12 Pro and Pro Max only.

With the advent of 5G, cellular technology seems to be coming of age. Our lives are bound to be changed on account of this newest change-maker just like our smartphones got ‘smart’ when 4G got introduced and our phones would not have gotten all the charm without its 4G service up till now. 5G is also expected to bring about changes, so revitalizing and revolutionary that we can only wait as of now.

As discussed at the start of this article, Apple’s launch campaign was set around its slogan ‘Hi, Speed’ for the newest flagship and that is the most remarkable provision of iPhone on account of 5G connectivity. 5G is said to be able to process data between ten to a hundred times faster than its predecessor, 4G which further translates into supremely fast streaming of data.

More importantly, the latency –  time spent between the network responding to your phone’s ping, has gotten to appear faster and efficient than its counterpart Wi-Fi as well. At this point, we can only assume that this can lead to synced zoom meetings.

As far as the iPhone is concerned, we might be following the path to augmented reality taking advantage of low latency and high speeds that 5G is expected to bring to the table. The Lidar feature in iPhone 12 Pro and Pro Max translates its use in making the autofocus better for now but it might work its path through to AR functions with the support of 5G.

Now that we have established the supremacy of 5G connectivity, it is imperative to talk about the various types of networks providing the service. Internet Service Providers, like Spectrum or Optimum, have always been close to the advancement of technology. With thousands of free Wi-Fi hotspots nationwide, Spectrum has the objective to provide its services and products to the customers at affordable rates.

Spectrum promotions give you the chance to avail of discounts and additional benefits without binding you into a continuing service contract. There are no added charges or imposed penalties when canceling the service which is why Spectrum has always been the customer’s top choice.

In order to embrace the reality of the future, through the realms of the newest technology, 5G technology is recommended. Now it is understandable that 5G service might not be available everywhere as yet although it would become a necessity in the upcoming years.

Previously, Americans tend to buy their smartphone under dual-year plans paying a small amount of money in exchange for sticking with the same network for few years due to which customers used to change their phones every other year. Although, now the trend has shifted in the market and the consumers tend to purchase smartphones upfront or on terms of monthly installments which further translates into people using their phones for more years. If you are planning to keep using the same iPhone for two or more years, you might want to buy a model with 5G connectivity.

How fast processing will my 5G iPhone have?

Speed depends on the type of 5G service that you would be accessing.

Apple has created a feature called Smart Data Mode, by the benefit of which the latest iPhone 12 models would have the ease to switch between 4G and 5G for conserving battery power. The phone will automatically switch to 5G when it’s needed like for high definition video streaming otherwise it can activate to 4G network.

Will the latest 5G iPhones work on 4G networks?

All the 5G smartphones would have the 4G connectivity feature. Just like our 4G devices still having the option to tap into 3G networks, 5G phones would fall back on 4G when needed.

HVAC 101: What Is HVAC System and How Does It Work?

Benefits of a Smart Home: Your Guide