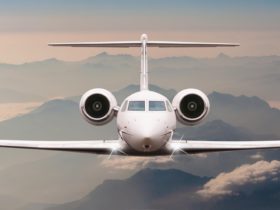 How to Get to DTW Airport in a Jiffy: 5 Great Options

Mt. Everest base camp and people lifestyle, an interesting topic and information for all wide-world trekkers and adventurers. For most travelers Nepal, a country of world number one Mt. Everest and high Himalayan Mountains. Therefore, it is very necessary to know that Nepal is not only about the world ‘s highest peaks, but a lively country.
Enriched with impressive culture, age old heritage of ancient traditional life, as a result makes Nepal a leading tourist destination. Due to its varied topography and biodiversity, change of climate and high altitude the local people are known as Sherpa. The highlanders of Everest interwoven with Buddhism religion and impressive culture of ancient heritage and simple

The lifestyle of Sherpa the main dominion tribe of Everest and other Mid-Eastern Himalaya. History shows that they have migrated from Inner Mongolia and Tibet and hence the word Sherpa means East people.  Sher for East, Pa for people as a result became the word Sherpa, the highlanders of Everest and Eastern Himalaya.
Mt. Everest base camp and people’s lifestyle varies from altitude, climate and terrain wise. Generally Sherpa community main occupation traditionally been based heavily on trade, farming and herding livestock. The arrival of international mountaineers and various expeditions for climb of Mt Everest and other peaks since the 1950’s. Likewise with main flow of trekkers, at
present the Sherpa economy becoming increasingly dependent upon tourism.

Mt. Everest Sherpa villages and their traditional way of life:

Mt. Everest and its scenic area, located Nepal Far North Mid-East Himalaya within Solu-Khumbu district. However the upper region is always known as Khumbu and the lower south as Solu. The main popular route to Everest base camp trek is from the famous Lukla town which is wholly in the upper Khumbu area. Likewise major villages and permanent settlements are Lukla, Ghat, Phakding, Monjo, Namche Bazaar, Khumjung, Khunde, Thame, Thyangboche, Pangboche and Phortse.
The Khumbu area of Everest is mostly populated by approx. 3, 000 Sherpa people, the main tribe of the region, whose lives are interwoven with the teaching of Buddhism. Incidentally and most amazing fact, is that Sherpa migrated to Nepal’s higher Himalaya region from Eastern Tibet in 1750 AD. The main crop besides barely, buckwheat and wheat is potato, which was introduced in 1880 and mountaineers arrival began in the 1950’s. From early days till present, Sherpa daily life was more into farming, livestock with some trade with Tibet. The frontier of Nepal and Tibet is located beyond the North of Namche Bazaar and Thame villages.
During past decades, heavy trade used to take place between Khumbu Sherpa and Tibetans via high Nangpa-La pass. As Tibet was annexed into mainland China, trade between two countries was much limited, but still existed in smaller ways. The Sherpa of Everest and Khumbu are much better off than other Sherpa of lower Solu and eastern Nepal. Due to flow of tourism in Khumbu region local villagers run lodge, hotels and resorts, making living easier and better. Where trekkers, adventurer can spend overnight in the comfort of a cozy lodge all along the trail to Everest Base Camp.

Change of Khumbu Sherpa lifestyle and standard from earlier days:

On popular main trekking trails to Everest base camp, as well other scenic adventure destinations around Khumbu. Where life style of local Sherpa have changed dramatically serving trekkers with their warm hospitality and friendly homely environment. Besides mainstream trekking and away from the flow of trekkers likewise Khumjung, Khunde, Thame and Phortse villages get few foreign travelers. These traditional farm villages make living on livestock, as well busy with farm life, and running Tea-House or lodge.
Since the arrival of tourism along with commercial mountaineering and trekking entered Khumbu and other parts of Nepal. The Sherpa community lifestyle changed dramatically especially for menfolk, as demand for trekking and mountaineering guides increased. As Sherpa of Everest are famous as natural mountaineers and mountain guides, because of their hard and tough life. Being born and raised in high altitude certainly helped the Sherpa to become one of worlds’ best mountain guides.
A great transformation in the life of Khumbu Sherpa, as tourism in trekking and mountaineering became much popular. Nearly every man from each village of Khumbu makes their livelihood as guides and running trekking or mountaineering agencies. But there are still some areas around remote and isolated Khumbu valley, where native Sherpa still follow the traditional way. Likewise farming and breeding livestock like Yaks and other domestic animals, not as for meat but for dairy products. Like milk, butter and famous Yak cheese, as all Sherpa being a follows strong and strict Buddhism norms and culture. Where killing of animals is forbidden, although Sherpa do consume meat products unless killed by accident or butchered by non-Sherpa.
Especially other tribes of the low Solu-Khumbu area, bring meat products for sale at Namche Bazaar on market day. An interesting colorful busy bazaar which takes place once a week on Saturday, where all Sherpa of Khumbu come together.

A great day to observe Sherpa culture, bright custom with their traditional dress that makes the market day special. Where Sherpa from Phakding, Monjo and other villages also bring their farm products for sale, hence it is called Namche Bazaar. Beyond Namche, Tengboche and Pangboche where permanent villages do not exist on route Everest Base Camp and high Kalapathar Hill. Trekkers can find comfort in temporary settlements with nice lodges at Dingboche, Pheriche, Lobuche and Gorakshep run by Sherpa.
The lodges managed by Sherpa owners from the main villages of Khumjung, Khunde and Namche or Pangboche, run good business. Especially around high, peak season of trekking and expedition times, besides their traditional farming life and raising livestock. Besides traditional farm life and running lodge around high and harsh altitude where most Sherpa are engaged in mountaineering expeditions. Leading treks and climbing peaks throughout the year apart from the best season, and showing foreign visitors the wonders of Himalaya.

4 Reasons to Get An Outdoor Fireplace

Timeshare Ownership: 6 How to Get Rid of a Timeshare

4 Expert Tips to Sell Your House Without a Realtor

What Are the Different Types of Boats You Can Buy?

What Are the Benefits of Owning a Vacation Home?