Tesla’s stock (TSLA) is rallying this morning after Donald Trump expressed support to reopen Fremont factory, but Trump didn’t take any real action beyond a tweet.

The attempt to reopen Fremont factory is becoming a polarizing issue, and people are taking sides across the political spectrum.

Yesterday Elon Musk announced that Tesla was restarting production at Fremont factory despite contrary orders from Alameda County, which is still working to approve a plan to safely reopen the factory.

Alameda County is especially worried about Tesla bringing thousands of employees into the county by buses, which is a difficult mode of transportation to operate with social distancing guidelines.

The county issued a statement saying that they will treat Tesla like any other business violating its orders, and they plan to review a new version of Tesla’s plan to reopen the factory.

California should let Tesla & @elonmusk open the plant, NOW. It can be done Fast & Safely!

Tesla’s stock was up 3.5% this morning and it is now trading at $50 more a share than when Musk said that the stock “was too high” just over a week ago.

While Newsom has stated his support to Tesla, the governor has been consistent in saying that it’s up to the counties to enforce their own orders.

This whole situation is not as black and white as people are trying to portray it.

Alameda County was really successful in slowing down the spread of COVID-19 and they have legitimate concerns about Tesla reopening the factory, which employs thousands of people.

On the other hand, Tesla is frustrated because they believe that they have a handle on it since they have been operating Gigafactory Shanghai with strong safety guidelines following the spread of COVID-19 in China.

They might have a point, but it’s up to them to convince the county officials, and I don’t think they have been doing a great job at that.

A lot of Tesla fans have been going after county officials since Musk claimed that they are purposefully trying to slow the reopening for reasons unrelated to health.

There’s no evidence of that whatsoever, and honestly, I can’t think of a reason why the county wouldn’t want Tesla to reopen other than for concerns of the spread of the virus.

Trump’s support is one thing, but I don’t see how it’s of any use — just like the alleged support of the California governor.

Trump says that “California” should reopen Fremont Factory, but it’s actually up to the county, which Newsom has been repeating, regardless of his “support” of Tesla. 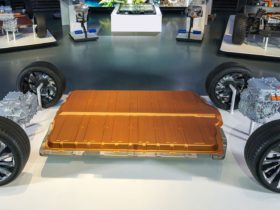