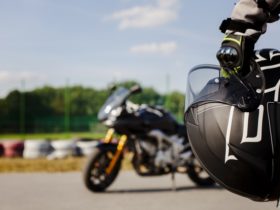 What Does DOT Mean on a Helmet?

Apple’s Magic Keyboard works so well that it blurs the line between iPads and full-blown Macs. Now, iFixit has taken a closer look at what’s inside its keys as well as its sturdy, elegant trackpad, which we called one of Magic Keyboard’s biggest selling points in our review. Apparently, the trackpad uses a lever system with just one button at the center. That means you’re clicking that one button wherever you press on the trackpad, whether it’s the corners, the edges or the center of the structure.

Unfortunately, iFixit has yet to dismantle the whole keyboard due to social distancing rules — the trackpad was the only part of the device its team could take apart easily. They used X-ray to scan the inside of the keyboard, though, and found scissor (instead of butterfly) switches. It also has large metal plates where your palms typically rest likely to prevent bending and serve as weights to stabilize the device when attached to an iPad.