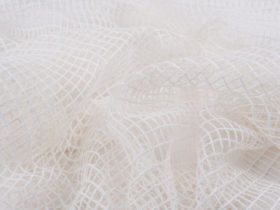 All You Need to About Polyester Spiral Mesh Belt Application

The Swytch Kit is an e-bike conversion kit that markets itself as ultra-lightweight and easy to use. Most people are likely to find use for the Swytch electric bicycle conversion kit in standard commuting scenarios. That’s how I originally intended to use it.

But I wanted to try putting it through a bit more grueling of a test by taking it off the beaten path, and so I found somewhere the road stopped and the adventure began.

But first, a little bit of background.

The Swytch kit may be light, but it’s not particularly powerful. It’s rocking a 250 W front hub motor with 40 Nm of torque and a 36V 5Ah battery that also houses all of the electronics, including the controller. It’s called the Powerpack and it mounts on the handlebars, where the top does double duty as your battery display and pedal assist selector.

My kit has the optional thumb throttle addition. But because the 180 Wh of battery capacity is rather small, I’ve found myself treating it mostly a pedal assist kit, which is a rather foreign experience for me. You can get larger batteries for the kit, but I liked the small little pack on the front.

I don’t have anything against pedal assist, but I’ve always been a throttle-loving guy. I don’t e-bike to exercise (I run 5-8 km a day for that), instead I prefer to ride for the thrill of it.

But with the Swytch kit, I know that going throttle-happy is going to burn up those 180 Wh pretty quickly, so instead I’ve learned to love to pedal. And the kit has definitely made me a better cyclist. Or at least a slightly stronger cyclist. You can see my original review of the Swytch kit from last year here, where I was mostly riding on roads and bike lanes. Here’s the video as well, below.

And so while most of my Swytch kit biking has been done on the street, I wanted to mix things up for a change.

So today I decided to see just what I could do, armed with a Swytch kit installed on a Merida Crossway 40D hardtail mountain bike and a whole lot of dirt ahead of me.

I started out in B’nai Atarot, a rural agricultural village in central Israel, joined by a cyclist buddy of mine (think: spandex, $2,000 pedal bike, cycling since he could walk, etc). He’s of course a much better cyclist than I am, but with the Swytch kit (and him going easy on me) I could keep up fairly well.

From the start, the trails took the form of easy dirt roads that eventually gave way into somewhat more challenging (and rutted out) 4×4 roads. I was a bit worried about how well the handlebar mount for the 1.5 kg (3.3 lb) battery would hold up to the jarring of the rough trails, but it didn’t budge at all. That thing is solidly made.

As we racked up the kilometers, the trails morphed from double track to single track to sometimes no track at all as the trail seemingly disappeared and became weed-strewn fields. More than once we doubled back, in search of a new trail to follow.

A light, misty rain began, but it was refreshing and helped to keep the dust down. The Swytch kit is waterproof, though it didn’t rain hard enough for me to truly test that claim. Then as quickly as it had come, the light shower was gone, leaving nothing but rolling clouds in its wake.

By about 15 km (8 mi) in, I had still managed to keep the Swytch kit in pedal assist level 1 out of 5. There it gave me a nice light assist, but kept me honest by making me provide the brunt of the work. There were occasional hill climbs where I bumped it into level 2, but for the most part I was proud of myself for using the lowest level of pedal assist possible.

While the buttons on the top of Swytch kit’s powerpack are easy enough to use on smooth streets, it was occasionally challenging to hit the button accurately while bouncing around on dirt trails. More than once I stabbed towards the pedal assist’s “up” button at the bottom of a hill, only to find the location where the button had been a split second before while my bike and thus the battery bucked around on the trail. That’s one downside of having buttons located off of the handlebar: they can be a bit harder to find in rough terrain.

My kit also has a throttle as I mentioned, but I found myself only using it when starting from a stop. I usually forget to downshift before stopping, meaning that first pedal rotation after a water break is a doozy. But with the throttle, I could blip it for the first meter or two and get rolling, then take off in high gear and forget that the throttle even existed.

As we rolled past 20 km (12 miles) we found our way into Yarkon National Park, which saw our dirt field scenery replaced by a forest landscape. As we made our way down along the bank of the Yarkon River and eventually onto the Israel National Trail (a 1,000 km or 600 mi trail that spans the entirety of the country from top to bottom), the trail became full of bamboo on either side, then eventually overhead as well. With the leaf litter on the ground, it became a 360 degree bamboo embrace. I felt like I was surfing a tube, yet surrounded by green bamboo stalks and leaves instead of blue water.

As we passed through a citrus orchard near the 30 km (18 mi) point, we made the decision to head back. I somehow still had 4 out of 5 bars of battery, which amazed me considering the small 180 Wh pack I was rocking, but also made a bit of sense when I considered my sore thighs.

We retraced our path, made much easier by my buddy’s GPS tracking watch. I was proud of myself for keeping the pedal assist in level 1 most of the way out, with occasional excursions into level 2. So I rewarded myself with level 2 pedal assist on the path back, occasionally working my way into level 3 as I became more tired (and as the hills grew larger than I seemed to remember).

While the storm clouds had dissipated an hour ago, unbeknownst to me another storm was brewing. But this was going to be a personal storm.

At around kilometer 40 (25 miles), I was met with a rude awakening as my power suddenly cut out. I had been at 3 out of 5 bars of battery remaining and thought I was doing just fine, but suddenly pedaling became a much more intimate affair between just the bike and I – no Swytch kit present. The lights were still on and I could still see that I had over half of my battery charge on the meter, so I was a bit confused to say the least. I popped the battery off (which can be done while riding, as it’s right there in front of the handlebars) and then slapped it back on. I was rewarded with false hope when I got a few more seconds of power before it cut off again. No pedal assist, no throttle, nothing.

I resigned to my fate of having to pedal the last leg without the Superman feeling of an e-bike kit, and my buddy was kind enough to go easy on me. Pedaling on my own really gave me an appreciation for how much the kit was assisting me, even on level 1. I could do it on my own, but the fun ride had turned into a slog. Then, again with warning, my power came back after about two kilometers. I was saved, and I didn’t even know who I owed it to! Maybe the battery had gotten too hot (it did feel a little warm), or maybe my pedal assist sensor that I previously DIY-installed had gotten bumped out of place (but then why didn’t the throttle work either?). I don’t know what happened, but I was just happy to be back in action. To be fair, this is the first time I’ve ever had a power cutout with my Swytch kit. But I guess if it was going to happen, it’d happen on my longest, hardest ride yet.

3 out of 5 battery bars left at the end

The rest of my ride fortunately concluded without incident. I pulled up to my car after 47 kilometers (29.2 miles) still with 3 out of 5 bars left on my battery meter. I don’t know how that’s possible – I was sure doing a lot of hard pedaling work but I didn’t expect to have half of my battery left. But the GPS doesn’t lie – I somehow did an honest nearly 50 km ride with battery to spare (minus a weird couple of kilometers on my own).

Just for fun, I whipped out my voltmeter and got a true, accurate battery voltage reading about an hour after I finished my ride. The resting voltage was 36.6V, which is just about bang on 50% charge level for a 10s battery. That means by keeping the kit in pedal assist 1 and 2 for most of the ride, I was actually getting a theoretical max range of close to 90 km (56 miles) of range. No wonder my quads are so sore!

All in all I found that the kit performed admirably – when it was performing. The motor isn’t overly powerful, but that made it perfect as a pedal assist kit that forced me to become a stronger cyclist. The battery seemed to last for longer than it should have, and I have only good things to say about how easy the kit is to install and use.

There are of course tons of good e-bike conversion kits out there, and this is in no way a commercial for the Swytch kit. I like it, but any e-bike kit that gets you out there in nature enjoying the world around you is a winner in my book.

If you’ve got an old bike gathering dust in the garage and have been considering converting it into an electric bike to get back out on the road or the trails, I highly recommend it.

3 Questions to Ask When Buying a Used Boat

How Much Is Your Tampa Bay Home Worth?