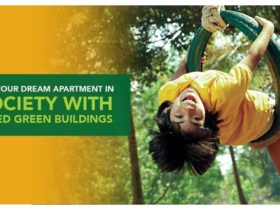 Google is reportedly testing its own Google-branded smart debit card that will help customers make and track purchases made online and in stores, according to a report from TechCrunch.
A report from TechCrunch says Google is testing its own Google-branded smart debit card that will help customers make and track purchases made online and in stores.
This will add to Google’s existing Google pay system which currently does only online and peer to peer payments, by adding a physical debit card. A debit card from google will allow google to become more useful in keeping track of payments and purchase, and also be able to provide google with valuable insight on consumer spending.
The card won’t be like Apple’s own credit card, the Apple Card, which is a full credit card, Google’s card will be a debit card. Google has partnered with Citi and Stanford Federal Credit Union. The card itself is a visa card, but Google may expand it to other payment processors like Mastercard.
The card is designed to work as a physical card and a tap to pay digital card on a phone, much like Apple’s. and it will offer a separate virtual card number for use with online retailers.
Google’s app will let customer track their purchase easily, (including leveraging tools like Google Maps and its huge database of retailers to contact or navigate to a previously visited store.). And for security, customers will be able to lock their card in an event of theft or loss, or lock the account entirely
For now, Google’s debit card seems to be a more convenient and potentially more secure face on existing debit card options from banks. Google, according to TechCrunch’s report does not seem to be offering any benefits for using its system, unlike the Apple Card’s various cashback offers,
As for now, no launch date for the debit card seems to be evident. But Google did release a statement to TechCrunch saying “We’re exploring how we can partner with banks and credit unions in the US to offer smart checking accounts through Google Pay, helping their customers benefit from useful insights and budgeting tools while keeping their money in an FDIC or NCUA-insured account. Our lead partners today are Citi and Stanford Federal Credit Union, and we look forward to sharing more details in the coming months.”