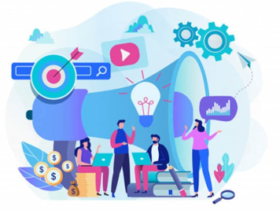 One of the most speculated aspects of the upcoming Samsung Galaxy flagship has been the name. Rumors have been going around these past weeks that Samsung may change the name of the “should be” Galaxy S11.

It seems the S11 which was to be next in line will have a major jump in the numeric section of its naming. A photo cutesy of XDA developers suggests that Samsung is jumping ahead to the S20. Rumors had been swirling about the branding change in recent weeks, and today XDA Developers published the first real-world shots of the Galaxy S20 Plus.

The photo shows the boot or startup screen of the phone which confirms the new name. It looks like Samsung is naming by year now, S20 for 2020.

Another photo shows the front of the device which has a center hole-punch cutout that’s similar to the selfie shooter from the Galaxy Note 10. The display looks like Samsung Samsung has significantly toned down the curved sides of the with XDA’s source saying that the S20 Plus feels largely flat in hand. The curve reduction started from last years model

The third photo shows the back with the square camera look that is catching on with recent flagships like the iPhone 11 and the Pixel 4. It is rumored to contain a regular wide lens, an ultra-wide, portrait, and a macro lens as the new, fourth option. On the back is also one of the more optimistic, hopeful confidentiality stickers I’ve ever seen: it actually just flat out says “do not leak info.” So much for that.

Samsung will unveil an entire line of Galaxy S20 devices at its Unpacked event on February 11th, including multiple screen sizes and some models with 5G connectivity. The company’s next foldable phone, perhaps called the Galaxy Bloom, is also expected to debut next month.