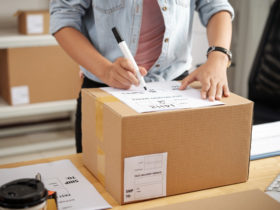 How to Choose Custom Packaging for Your Products – A Complete Guide

Disney+ just launched with a massive library of TV shows and movies. For anyone who wants to sign up for the service, we have put a detailed step by step breakdown of the signup process in which you can follow here. It’s quite simple to follow.
As of now, the service is only supported in the US, Canada, and the Netherlands, which means you can’t watch outside of these countries. However, we have found a way for you to watch your favorite shows on Disney plus in unsupported countries.
The service costs $6.99 a month, or $69.99 for an annual subscription. If you can’t afford that or you want to test the streaming service before you subscribe, we have got you covered. We have put together all the ways you can get Disney+ for free.

you can access Disney+ on your iPhone (iOS) and iPad (iPadOS). Additionally, you can watch Disney+ on your Apple TV with tvOS, and use the iOS app to send Disney+ videos to your Apple TV. There is even the ability to download videos to your device.
Disney+ is also available on tones of platforms and devices. Here are all of the devices that you can watch Disney+ on, and there’s a high chance that you own at least one of these already:

How to watch Disney Plus on iPhone and iPad

The Disney Plus App will support unlimited downloads on your mobile devices, four simultaneous streamers, up to 7 profiles, 4K streaming, and includes hundreds of avatars.
The first year will include 25 new original series, 10+ movies, 7,500 past episodes, 100 recent movies, and 400 library titles including the entire Disney Vault. The company announced 6 original shows and movies that will be available at launch, including the $100 million 8-episode Star Wars spin-off, The Mandalorian which was directed by Jon Favreau.

How to Get Started with Income Producing Properties

The Complete Guide on How to Become a Truck Driver