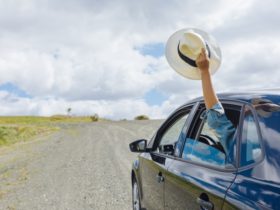 How to Get Your Car Ready For a Road Trip

We all know one of the biggest features of a smartphone is the camera many companies today when looking for innovation in the camera sector they turn to increase the number of megapixels on the camera. But how does that affect the performance of the camera in taking Instagram worthy pics? that’s what we’re here to find out on a personal note, I don’t think it affects it that much, I think it just a marketing scheme made by some tech companies to blindfold the minds of consumers int thinking the have a one of a kind device with a crazy amount of megapixels.
Back in the early days of digital photography, you were lucky to have a 1.2-megapixel camera
But some tech giants don’t do this, for example, the iPhone 11 has just 12mp while the google pixel 4 has 12.2 and 16 megapixels and the Samsung galaxy s10 has 12- 16 they found just the sweet spot they don’t need crazy number of megapixels and yet their cameras are among the best on a smartphone ever but devices like the Asus Zenfone has up to 48 megapixels honor view 20 with little to no improvements in their camera s capabilities in taking fine pics But before we get into that lets answer some few questions beginning with

What Does Megapixels Mean?

In the simplest terms, the megapixel rating is the total number of pixels that will make up and image captured by a camera sensor. To get the total number of pixels, you simply multiply the number of horizontal pixels by vertical pixels.
You also have the size of the sensor. In general, a DSLR is able to take more accurate pictures because it uses lenses and sensors that are larger than the smartphone. Because the DSLR can absorb more light from the environment than the smartphone, it generally takes better pictures even if it has a lower overall megapixel count.
Here’s why more megapixels isn’t better
In order to take a picture, the camera needs to absorb the light through the lens on the sensor. Typically the more light that you have, the better the image that the sensor perceives. The problem is that as you pack in more and more pixels onto a sensor, the less light that the sensor will see for each pixel.
The best way to describe this is to take a sheet of paper. Just imagine a small square of it that is four squares tall and four squares wide. Each square can absorb as much light that falls within that square. Now take that grid and divide each column and row in half to get an 8×8 grid. There is still the same total surface area on the paper but each individual square only absorbs one quarter as much light because it is a quarter of the size.

But why, then, do the top-end DSLRs pack massive pixel counts? Because pro photographers are using them for pro settings: magazines, billboards, television. But the naked eye can’t tell the difference between 8MP and 100MP if you’re printing on anything smaller than legal pad-size, or posting to your Facebook wall, or sending as an email attachment.
and a small, high-megapixel phone sensor creates images mired by discoloration and noise you don’t need a huge number of megapixels to get some great photographs. This is especially true if the primary use for the camera is to put images on the web.
like I said the main reason why smartphone companies tend to go high on the megapixels is just a marketing scheme, there’s nothing else to it cuz as you may know it does not improve their camera capabilities