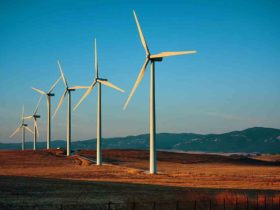 Nickelodeon and Netflix just announced a multi-year deal to produce original animated content based on the Nickelodeon’s never ending library of  new characters. The details are still not clear, but the companies have previously worked together to bring us Invader Zim: Enter the Florpus and Rocko’s Modern life: Static cling  and promised a “reimagined,” live-action Avatar series
The deal might make you wonder why the company owned by Viacom is partnering with Netflix when Viacom owns  its own streaming service and is in the process of merging with CBS which also has its own streaming service. Chance’s  are, Netflix is funding a good portion of the production costs, and it’s undoubtedly a move to challenge Disney+, which recently launched
We do know that Nickelodeon has been working on new content, like a Teenage Mutant Ninja Turtles reboot and Blue’s Clues remake.
While we wait for more details, we can hope for a Rugrats (even-more) All Grown Up! series. And if you want to catch up on the classics, you can always stream them
Tags: Netflix Nickelodeon