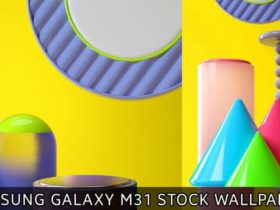 World-famous leakster Evan Blass has dropped yet another leak of the upcoming Samsung Galaxy S11 that is currently in the works, Blass revealed that there will be three different variants in the Galaxy S11 lineup. These will be available in three different screen sizes; the smallest one measuring either 6.2″ or 6.4″, the middle on measuring 6.7″, and the largest measuring 6.9″. It’s too early to confirm how Samsung will name these but the Galaxy S11e, S11, and the S11 Plus names seem likely as per another leaker.
However, in a follow-up tweet, Blass notes that the smaller model could sport a larger 6.4in display – as large as the screen on the S10 Plus – stating that he’s received “conflicting information” about the entry-level model.

Blast also elucidates that the two smaller models will be made available in both 4G and 5G variants, according to Blass, while the top-end Galaxy S11+ will launch with 5G-only, further noting that all models will have curved-edge displays, marking the end of Samsung’s S10e-style flat panels.
Blass claims the Galaxy S11 series will make its debut in “mid to late February”, suggesting a pre-MWC launch is likely on the cards.