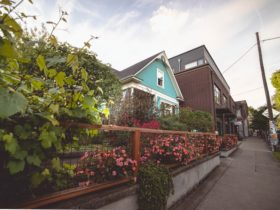 A New Take On Cleaning: From AirBnB To Apartments, Management Tackles COVID

Eye stroke is becoming an issue in China due to its population’s overuse of smartphones and screentime.
An eye stroke, also known as retinal artery occlusion, is caused by a clot, or narrowing of the retina’s blood vessels. The retina’s blood flow is interrupted and causes temporal blindness, but if left untreated, can result in permanent damage to the retina and loss of sight
A man in northwest China went blind temporarily after playing games on his phone in the dark, according to Chinese media reports.
The man surnamed Wang, from Xian, capital of Shaanxi province, said he lost his sight as he played on his phone in bed after turning the lights out
On Tuesday, a doctor said Wang suffered a stroke
Wang said that he often played games on his phone after he went to bed, but the habit annoyed his wife.
Eye strokes are becoming more common and especially among younger people
“I was using my right eye to look at my phone, and I could see some words but not others,” he was quoted as saying. “I love playing on my phone, but at night my wife doesn’t want me using it because the screen light is too bright after the lights have been turned off.”
The doctor, Lei Tao, said he saw “around 20 patients a month” who suffered the same loss of vision after using their phones too much, and many of them were young people.
“Blockage of the arteries in the retina is sudden, serious and the primary manifestation of eye disease that leads to blindness,” Lei was quoted as saying.
“We commonly call it an ‘eye stroke’,” he said. “The occurrence rate is getting higher each year, and there is a trend of younger victims. The rate of [permanent] blindness is also high, which can seriously affect the patient’s quality of life and contribution to society.”
Lei said that the overuse of electronic items could lead to sudden vision loss.
“Using phones and electronic items is a big part of life for young people, which puts excessive strain on their vision. This can trigger eye stroke,” he said.
“Preventive strategies are very important. Work and rest in a regular pattern, avoid staying up late at night and looking at phones, televisions, and computers for a long time – these will all make a difference.”
In 2017, a 21-year-old woman from Dongguan in southern Guangdong province went permanently blind in one eye after playing the Tencent game Honour Of Kings on her phone for an entire day. – South China Morning Post