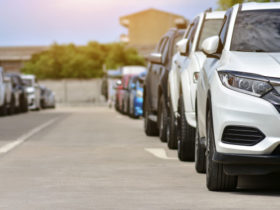 How to Know When it's Time to Buy a Car

The U.S. Attorney in New Jersey announced in a press release on Thursday that Gene Levoff has been indicted on insider trading charges
The Former Apple lawyer Levoff is said to have used inside information from Apple such as financial results before they were published, to trade Apple stock, The government in its indictment alleges. He’s facing six counts of securities fraud and six counts of wire fraud.

It continued: “When Levoff discovered that Company-1 had posted strong revenue and net profit for a given financial quarter, he purchased large quantities of stock, which he later sold for a profit once the market reacted to the news.”
Levoff was one of Apple’s top lawyers. He started at Apple in 2008 and was a senior director of corporate law from 2013 until 2018, according to the indictment. The trades mentioned in the indictment occurred between 2011 and 2016.
One of his responsibilities at Apple was making sure that Apple employees didn’t do any insider trading. “Levoff’s responsibilities included ensuring compliance with Company-1′s Insider Trading Policy,” according to the indictment.
The indictment alleges that Levoff traded stock during a “blackout” period when employees can’t buy or sell stock, and that he informed Apple employees about the blackout period during the same time frame he was trading Apple stock.
Levoff faces a maximum prison sentence of 20 years on each count if convicted. The securities fraud counts carry a maximum fine of $5 million, and the wire fraud counts the higher of $250,000 or double the gains made or loses caused. The SEC also filed a lawsuit against Levoff earlier this year.