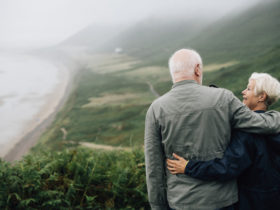 How to retire quickly

Scientists have taken the Word Phone skin to a whole new literal meaning. Marc Teyssier and his colleagues at Telecom Paris created an artificial skin for mobile phones that is realistically flesh-like and can feel your touch. The skin is able to detect a variety of gestures, including sliding, stretching, and rotation.
“I wanted to pinch my phone,” Teyssier told New Scientist.
The smart protective shell, which covers the back of the phone, has a squishy interface that, when plugged into a computer, can be used as a laptop touchpad or a remote control for all the typical touch commands, such as tapping to select, sliding to scroll or pinching to zoom in and out.
On its own, the cellphone skin also functions when touched from the back. For example, various finger motions will elicit certain emotions, like stroking, which is meant to emulate comfort.

There are two prototypes: one with a smooth surface and one with a more humanlike texture. Its functionality comes from malleable electromagnetic copper wire hidden between two layers of stretchy silicone.
“The constraint was to develop something that was stretchable and that can also detect touch,” said Teyssier, whose work will be presented this week at the ACM User Interface Software and Technology Symposium in New Orleans, La. This isn’t his first foray into lifelike tech: Last year, the Parisian engineer created a robot finger, MobiLimb, that attaches to your phone and can crawl across a flat surface.
Having already developed the skin for phones, smartwatches and computer touchpads, Teyssier and his colleagues now plan to make the skin even more realistic with heat sensors and peach fuzz.
Although the creators have not yet elaborated on the real-life applications for their bizarre product, it doesn’t take much imagination to see the fleshy technology as very useful within the sex toy industry.

How to File a Property Insurance Claim: The Process Explained