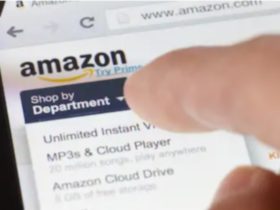 WarnerMedia being the winner of a strife to sign J.J. Abrams and his film production company Bad Robot formally announced its mega-deal with the “Lost” creator and “Star Wars: The Force Awakens” filmmaker.
The partnership will Bad Robot which Abrams runs with his wife and co-CEO, Katie McGrath, make movies, shows, games, and other entertainment content for the company. On Thursday, the companies said that the wide-ranging agreement commences immediately and initially runs through 2024.
Neither party has commented on the financial aspects of the agreement, Variety says the deal is valued at an overwhelming $500 million and the venture will project to be even more valuable the projects that come out of it reach agreed-upon performance targets as sources told the publication.
Bad Robot will produce a variety of content as per the agreement for all of WarnerMedia’s platforms which will include its upcoming streaming service HBO Max and its cable channels.
Bad Robot has been looking for a media company to sign a mega-deal with since 2018, and it reportedly entertained offers from Amazon, Disney, and Netflix, among others. In June, reports came out that Apple came close to winning the company over, but that it lost the bidding war to WarnerMedia.