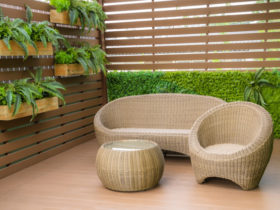 How to Give Your Balcony a Special Vibe?

Tecno is one of the major and most successful phone manufacturers in the Africam and Asian market scenes since they cracked the code for making good smartphones at prices these customers can afford. The Phantom line is the companies highest quality flagship-like phone line and the latest to join this family is the Techno Phantom 9. We have been able to extract its stock wallpapers for you to download.
There 11 stock wallpapers which are impressively beautiful at a resolution of 1080×2340 and a 19:9 aspect ratio.

The Techno Phantom 9 offers incredible value for your money at rates that few manufacturers can achieve.

Design-wise, the Tecno Phantom 9 follows the trend of most smartphones coming out now. It has a tiny dot or water-drop notch on the front housing the front camera. The bezels around the top and sides are as thick as on the iPhones but there’s a chin at the bottom as usual. The display also houses an in-display fingerprint scanner which is the first at this price in India. Company officials reckon that Phantom 9 is the first sub-Rs 15,000 phone to offer in-display fingerprint sensor. It incorporates photosensitive fingerprint technology and uses lens under the screen for faster and safer screen locking.
The back of the phone is characterized by a triple camera module, aligned vertically along the left edge of the device. The rest of the back is clean since the fingerprint scanner is on the front. It has a dual-tone gradient design. The paint job on the back makes a reflective S-shaped pattern.
The power button and volume rockers are all on the right side while the SIM tray is on the left. All the ports are at the bottom and these include a micro-USB charging port and the 3.5mm headphone jack. The single speaker is also at the bottom.

Phantom 9 is a feature-rich device that sports an AMOLED display, a triple-camera setup at the rear, an in-display fingerprint sensor, and is equipped with 6 GB RAM.
The processor pushing things along in a speedy manner is the MediaTek Helio P35 (MTK 6765) SoC. The benchmark score of the Helio P35 is lower than Qualcomm’s latest mid-range chipset Snapdragon 636. The MediaTek Helio P35 is an octa-core chipset built on TSMC’s advanced 12nm FinFET node. A whopping 6GB of RAM supports the processor together with 128GB of storage which is unheard of at this price point.

The display is a 6.39-inches AMOLED display which is rare at this price point. The display resolution is FHD+ at 1080x 2340 pixels with an aspect ratio of 19.5:9. The pixel per inch count comes out to be a respectable 403.
The device runs Android 9.0 Pie out of the box with Tecno’s custom skin on top and quite a lot of bloatware pre-installed.

The triple camera system on the rear of the Tecno Phantom 9 consists of a 16 MP primary sensor with an f/1.8 aperture and PDAF support, a secondary 8 MP, f/2.4, ultra-wide lens which is again, unheard of at this price. There’s a third 2 MP, f/2.8, depth sensor as well to help with portrait shots. A regular LED flash is there to assist the cameras under low light environments. The rear cameras are capable of recording video up to 1080p at 30 fps. They also support HDR and panorama shots.
On the front is a 32 MP camera sensor with an f/2.0 aperture, housed in the water-drop notch. It supports HDR and video up to 1080p @30 fps. T

There are 11 Tecno Phantom 9 wallpapers which range from being simple abstract designs to artificial-looking nature shots. The wallpapers have the same resolution as the Tecno Phantom 9’s display, i.e. 1080 pixels by 2340 pixels. The aspect ratio naturally is also the same at 19.5: 9. 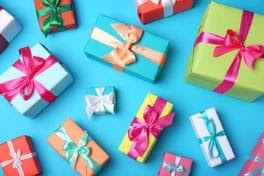