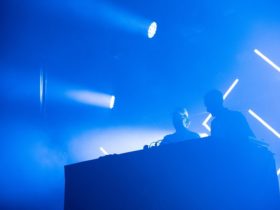 The global tally is also already a record, topping the $640.5 million by Avengers: Infinity War just last year, though it is important to remember that film didn’t open in China day-and-date with the rest of the world and Endgame has already grossed over $217 million in China. All told, the film’s current performance puts it in a position where it just might top $1 billion worldwide in its first five days of release.

For comparison, Avengers: Infinity War brought in $106.3 million in its first day and Star Wars: The Force Awakens delivered $119.1 million.