HMD Global introduced the Nokia 9 PureView flagship smartphone back in February. We have been able to extract the wallpapers form the Nokia PureView for you to download.

There are !0 wallpapers square wallpapers of 2880×2880 pixels and they are colorful and crisp and will look good on any display

For stock wallpapers from all smartphones, you should also check out our wallpaper section. However, before we get into downloading the stock wallpapers, let’s get into the specifications of the Nokia 9 PureView

After Nokia 8 Sirocco, Nokia 9 PureView is the next premium smartphone from the HMD Global. The smartphone features a 5.99″ P-OLED display with 1440 X 2880 pixels resolution. It runs on Android Pie 9.0 which is based on Android One. Nokia 9 is a high-end smartphone which bundled with the 2018’s Snapdragon 845 SoC, to work with the 5 camera setup. Like all other 2018 high-end phones, it is available with 6GB RAM & 128GB inbuilt storage.

Talking about the main highlight of the phone, Camera, It bears 5 lenses on the back all the lens are of 12MP with f/1.8 aperture, Zeiss optics, HDR, Pro mode, 2X RGB lenses, and 3X monochrome lens with a separate TOF camera lens. While on the front, it has a single 20MP shooter with 1080p video recording support at 30fps. One more highlight about the new Nokia 9 is, the phone has an Optical In-display fingerprint scanner. The smartphone bears a 3,320mAh battery with the sport of fast charging.

Nokia 9 PureView has next-gen camera setup & would be one of the best choices for the photography lovers. If you’re thinking what’s the need of 5 cameras? Then see what Juho Sarvikas Chief Product Officer of HMD Global thinks about it, in the video of Mrwhosetheboss (YouTuber). After this Download Nokia 9 Wallpapers.

The Nokia 9 PureView has a radically different photography system that sets it apart from other top-tier phones: it has five cameras on the back – a first for any smartphone.
All five of its cameras have the same aperture and field-of-view, and when users take a photo, the entire array snaps a shot at the same time and composites them into one image. Think of the Nokia 9 PureView camera as HDR on steroids.

It’s a unique philosophy that compromises on less than you’d expect. Sure, the Nokia 9 lacks an optical zoom, but the massive (by resolution and file size) photos should let you just digitally zoom with better clarity than most other phones. Unfortunately, the Nokia 9 PureView doesn’t quite have the best internal specs on the market, so the phone is a bit of a gamble.

It’s already out in the US, but retailers like Amazon, Best Buy and B&H Photo are sold out – for now. B&H Photo says it’ll be back in stock in late March, while Best Buy is counting on an April 5 re-supply.

The Nokia 9 PureView is distinguishable from other flagships on both sides. Its front display lacks a notch, instead maintaining conservative bezels above and below.
The back, of course, has the five cameras, plus a flash and ToF (time of flight) sensor, for a wildly distinctive seven-hole radial pattern that looks a bit like the Blackberry logo – or something very close to an Arachnid spider.

It’s a relief, then, that the rest of the phone looks typical. You’ll find the power/lock key and volume rocker easily accessible on the right of the phone, while on the base a USB-C port resides alongside a microphone and speaker. There is, however, no headphone jack, as HMD Global follows the flagship trend of ditching the aging port.
With Gorilla Glass 5 on the front and back sandwiching a metal frame (milled from a single block of 6000 series aluminum), the Nokia 9 PureView looks like a premium phone, but the back glass does feel a bit cheaper when you tap on it.
It is IP67 rated, providing water and dust resistance which should help it survive being briefly submerged up to 1 meter.
The Nokia 9 PureView measures 155 x 75 x 8mm and tips the scales at 172g, ensuring you feel its presence in your hand. The curved rear glass does help it nestle in the palm, but this is a large phone and will need two hands for many tasks as it offers up little in the way of grip.
The Nokia 9 PureView’s display is a 5.99-inch 1440 x 2880 pOLED screen, which is as high-resolution as almost every other flagship on the market.
The Nokia 9 PureView comes with the commonly used optical reader under the display, rather than the ultrasonic tech in the Galaxy S10, but it’s still good to see a hot flagship feature make its way into a Nokia.

A little clarification up front: while the Nokia 9 PureView does indeed have five rear cameras, only two are in color. These occupy the central and bottom spots in the array, with the other three lenses – all monochrome – arranged equally around the color ones.

The Samsung Galaxy S10 Plus really amps up the exposure and compared to the darker Nokia 9 photo, it’s almost as if someone has turned on bright lights in front of Grand Central Terminal. it still looks highly detailed, though. We see one problem: the lights underneath the bridge do bloom a little too much, while they remain smaller in every other camera sample. It’s not a bit deal here, but can be an issue in low-light with bright spots.

The company predicts users will be satisfied with 12MP photos, which shouldn’t take up too much space if users shoot using only one of the Nokia 9’s lenses.
Because, yes, those five-lens photos are large (from 25MB to 40MB) – which is why you can toggle depth mode on or off. But if you do turn it on, expect “up to 1,200 layers of depth data” to be captured, and by using machine learning it can calculate almost an infinite number of layers between 7cm and 40 meters away from the lens.
When in depth mode, the Nokia 9 PureView captures at least one picture from each of the lenses at the same time and depending on the scene, it may capture up to four shots on each.
It means the final image could end up holding anything from 60MP to 240MP of information when shot in the RAW ‘DNG’ format – providing a huge amount of editing scope for professional photographers.

Anyone who needs the absolute latest and greatest specs in their phone should think twice about the Nokia 9 PureView.

It packs 2018’s leading Qualcomm chipset, the Snapdragon 845, which is a curious choice for a phone released in 2019 that will compete with devices packing the Snapdragon 855.
That doesn’t mean the phone will under perform – the Snapdragon 845 is plenty fast, and considering phones with it were released up until the end of 2018, that means the Nokia 9 is only a few months out of date.
But the Nokia 9 PureView won’t just have a stock Snapdragon 845; it turns out the chip can only handle images from three lenses simultaneously for HDR-like processing. The phone uses a dedicated Light Lux Capacitor, which is designed for bespoke multi-camera setups, to wrangle imagery from all five of its rear lenses at once, allowing it to process 240MP of photo before feeding it into the Snapdragon processor.
Suporting the processor is a respectable 6GB of RAM and 128GB of storage, which should store quite a few five-camera shots. The phone comes with Android 9 Pie out of the box, which is expected but still nice to see from a flagship.
The Nokia 9 PureView’s 3,320mAh battery should be enough for a full day’s charge, though we’re extremely curious if shooting (and processing) five-lens images will significantly drain the battery – something we’ll pay attention to in our full review. If so, the wireless charging may come in handy to juice it back up during the day.

The Nokia 9 PureView is an impressive device built for photographers on the go, and if you’re truly committed to this format, this could be the phone for you. Its specs are respectable but not outstanding, which is fine for a phone priced hundreds of dollars below the top-spec’d handsets on the market.
But whether it will be easy to pick up Nokia’s latest phone is another issue, given its limited production. That alone suggests to us that the company knows it’s a device for a niche crowd.
On the other hand, the phones we hold in highest photo-esteem are the top-tier devices with the high price tag to afford all the best equipment. $699 is a much easier number to swallow than $799, $899 or $999 for the best devices from Google, Samsung and Apple. 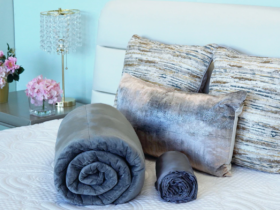 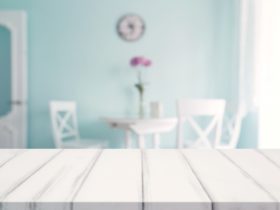 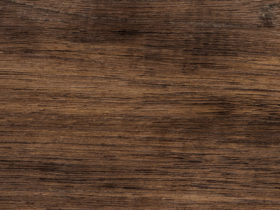