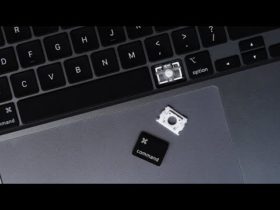 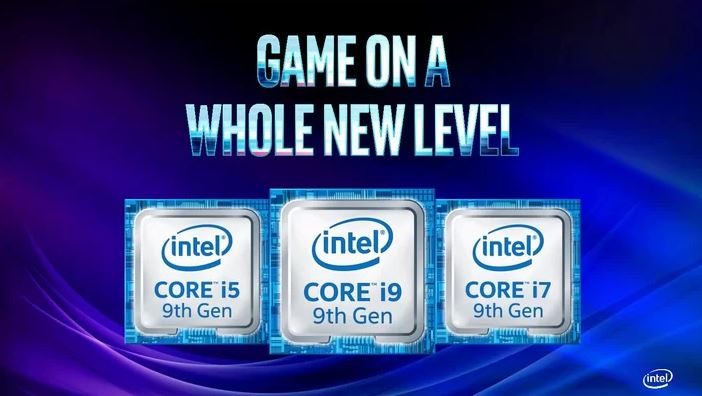 Intel has announced its 9th generation processors at the Game Developers Conference (GDC). The processors are a new lineup from Intel: the H-Series processors, including a new Core i9 family. Intel also announced a new Graphics Command Center software for its integrated graphics. Intel designed the software to improve the user interface and enable a new one-click optimization feature.

Intel’s disclosures on the new 9th-generation H-Series processors were slight, as the company merely disclosed that the new lineup of 45W chips designed for high-end notebooks, including a new lineup of Core i9 models, will come to market in the second quarter of 2019.

Intel already announced the availability of the H-Series models this year, and although the company did not divulge further technical details, some basic specifications of the processors, purportedly codenamed Comet Lake, have come to light. According to the latest information, the new H-Series processors will come with up to eight cores paired with Intel’s Gen9.5 graphics, perhaps marking yet another iterative update based on its 14nm process.

Intel expanded on some of its key goals for notebooks designed for the 9th-generation processors. Intel is encouraging OEM notebook vendors to include support for Intel’s Wi-Fi 6 AX200 to increase performance for applications that are sensitive to network latency, like gaming, and enable advanced traffic management features.

Intel is also encouraging vendors to use its new Intel Optane Memory H10 SSDs. These SSDs blend the speed and performance of Intel’s Optane memory with the capacity and relatively cheap pricing of QLC flash to improve application load times, which results in a snappy user experience. Intel is also working to further the Thunderbolt 3 ecosystem, which fits well with its latest donation of the underlying specification to serve as the backbone of the USB4 standard.

Over a billion users worldwide use Intel’s integrated graphics, making the company the world’s largest graphics vendor, and it has been working to improve on the driver delivery front. Intel has long had a reputation for tardy day-zero drives releases for the latest games but has stepped up its efforts and delivered 14 day-zero driver launches (covering 55 titles) over the course of the last twelve months.


Much of this work comes as Intel lays the groundwork for the arrival of its Xe Graphics Architecture, which will span from a new line of discrete graphics cards to a new Gen11 graphics engine. Intel says this new generation of graphics will significantly boost performance, ranging from TeraFLOPS to PetaFLOPS of performance across the stack, but as with all powerful hardware, it needs capable software behind it. Especially to compete with polished Nvidia GeForce Experience and AMD Radeon Settings suites.

To that end, and to improve the usability of the company’s current line of graphics products, the company has developed the new Intel Graphics Command Center (ICGG), marking its first update to its control panel in five years. This new software allows for one-click optimization of the users’ integrated graphics, meaning it automatically scans for game titles and applies the accompanying custom profiles. The software also sports an improved and modern user interface with a minimalistic design.

Intel says it developed the software based on user feedback and welcomes more user feedback as it rolls out the software in a beta-test program. You can download the software here from the Microsoft store, but it does come with a few caveats. For now, the software only supports Windows 10 1709 or never, so Linux and MacOS aren’t supported, and it is only compatible with processors featuring Gen9 and newer graphics (Skylake and beyond). Intel will also roll out support for game streaming at a later date.

As this is just an update to the user interface, the new graphics control panel will not lead to improved performance of the underlying graphics engine. 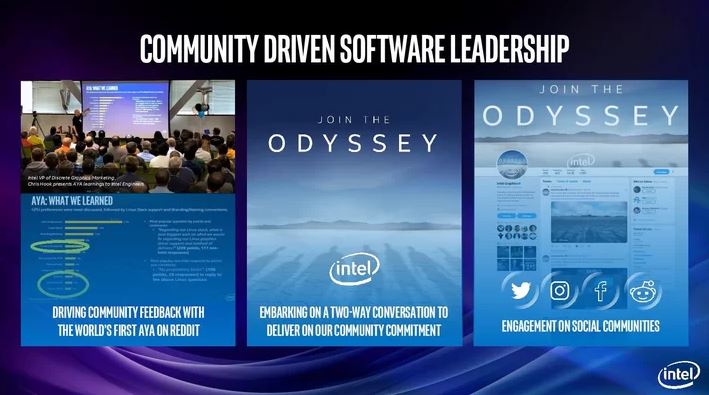 Intel will refine the software based on user feedback, which is encouraged through the company’s social media and “Ask You Anything” panels on Reddit, and then roll the software out through its usual distribution channels. That means the software will come preinstalled on many OEM systems, and users are free to download the software from Intel’s website. Intel will continue to support its current graphics control panel for an unspecified amount of time but eventually plans to shift its focus to the new control panel entirely.


As part of its renewed focus on the gaming and enthusiast community, Intel kicked off its new Odyssey outreach program. This program is designed to provide a forum for Intel’s customers to engage in feedback and also participate in beta programs.

Among other tidbits from the show, Intel also unveiled its GameDev boost marketing program focused on outreach to games developers to encourage them to optimize for Intel’s graphics solutions and unveiled its work with Spirit AI to introduce new “Anti-Toxicity” software that leverages speech detection technology to moderate online chats during gaming sessions.