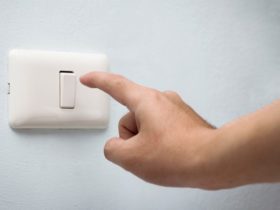 Samsung sent out invitations for its upcoming Galaxy Unpacked 2019 event which is set for February 20th, its the iconic event where Samsung usually launches the s-series of its flagship phones as well as other products and services. From that trend, we hope to see the much anticipated Samsung Galaxy S10 at Galaxy unpacked. this being the tenth anniversary of the s-series flagship, we expect Samsung to make this a statement piece and maybe launching other smartphones as well. So here’s a roundup on everything we know about the Galaxy S10 so far, and everything else we’re expecting to see at Samsung Unpacked 2019.

Samsung introduced multiple models for the s-series flagships from the S8 which same as the Samsung Galaxy S9, had two models, the S8 and S8 Plus/ s9 and S9 plus.
Samsung is upping the ante on the Galaxy S10 with at least three new Galaxy S10s (and maybe a couple more) One of the biggest changes for 2019 is that based on early reports, Samsung is expanding the Galaxy S10 line to three different models: the Galaxy S10E, the standard Galaxy S10, and the up-sized Galaxy S10+.
The new model Samsung has added is the Galaxy S10E, where the “E” reportedly stands for Essential, with Samsung positioning the S10E as a sort of more affordable Galaxy S10, a Lite version if you will. It strips down the phone a little to more basic or essential features stripping down features like rounded glass sides, an in-screen fingerprint reader, and triple rear cameras in favor of something simpler and cheaper.
Meanwhile, the S10 and S10+ will fill their normal roles as the medium and large options in Samsung’s portfolio. And while it hasn’t been confirmed, there’s also talk of limited edition S10+ with a mountain of storage, and a fourth Galaxy S10 variant in the Galaxy S10X, which will offer top-of-the-line specs and a 5G-ready modem.

One of the last major design innovation from Samsung was the curved glass panels and that was a long time ago dating as far back as the S6 edge. For the S10, Samsung is rumored to be using the hole punch display which was introduced in the mid-range Galaxy A8S launched a few weeks ago as a means to eliminate the notch that has been an overwhelming phenomenon in the smartphone industry for the last two years introduced by the essential phone. Samsung has since refused to incorporate this design trend in their phones.
The main difference between a notch and a hole-punch camera is that the latter features a camera completely surrounded by display on all sides. That gives phone makers a little more freedom to cut down on bezels and decide where the front-facing camera should go, and based on numerous leaked pics of the Galaxy S10, it seems Samsung decided the best place for its hole-punch cam is in the top right corner of the screen.
One interesting feature of the hole-punch camera is that according to leaker Ice Universe, you can activate the selfie cam simply by putting your finger over the camera and dragging downwards. It’s a neat trick, though if you’re the kind of person that worries about smudging your camera lens, you may want to skip doing that before taking a selfie
The other main design upgrades on the Galaxy S10 are the addition of a triple rear camera setup consisting of standard, wide-angle, and telephoto lenses, and the elimination of a rear-mounted fingerprint sensor. Instead, the Galaxy S10 will feature an in-screen fingerprint reader like we’ve seen on the OnePlus 6T and others. It will allow you to unlock your device simply by touching a designated area on the display.
As for the Galaxy 10E, since it won’t have an in-screen fingerprint reader in order to keep its price low, it will offer a side-mounted fingerprint reader instead.

The long range of the S10 models also brings a wide variety of specs to suit everyones budgets. Depending on how much you’re willing to spend, you should be able to buy a Galaxy S10 with as much as 12GB of RAM and 1TB of storage.
For mere mortals, a more down-to-earth config Galaxy S10 will offer a moderate spec bump over the S9 thanks to its new Qualcomm Snapdragon 855 processor (or Exynos 9820 processor depending on your region), between 4GB and 8GB of RAM, and 64GB of storage (with room for microSD too).
The Samsung Galaxy S10 will also come with some innovative technologies like reverse wireless charging to satisfy those a a more futuristic edge to their taste buds and also the retention of the headphone jack for the cavemen.
However, the S10 will be somewhat of a disappointment to those who love the iris scanner as it seems that Samsung will reportedly forgo the front-mounted iris sensor found on Galaxy S phones going back to the Galaxy S8.
But what might be the most impressive thing about the new Galaxy S10 is that despite Ice Universe claiming the phone will measure less than 8mm thick, the S10+ will feature a 4,100 mAh battery, which is 15 percent larger than the 3,500 mAh battery in the S9+. Here’s hoping all the other versions of the Galaxy S10 include a battery increase just as substantial.

Other things we expect to see at Galaxy unpacked 2019

Samsung teased a foldable phone a few months ago which we expect to see in the Galaxy unpacked event because Samsung posted a video claiming that “the future will unfold on February 20th.”
Samsung already confirmed that the device has a flexible display that unfolds to 7.3-inches in addition to a secondary “cover screen” on the exterior of the device.

As for non-phone devices, Samsung’s Unpacked event could treat us to new Samsung wireless earbuds that will carry the Galaxy brand name, along with a new Galaxy Sport, which is reportedly a sleeker take on Samsung’s current flagship smartwatch.

The former comes at a critical time, as Apple has already swept the market with its own wireless earbuds, so Samsung is looking to improve on the current Gear IconX buds by adding Bluetooth 5 connectivity, 8GB of on-board storage, and a case with built-in wireless charging.
Meanwhile, the rumored Galaxy Sport should help flesh out Samsung’s wearable line with a slightly more affordable watch running Tizen OS. However, the main rumors we’ve seen about the Galaxy Sport include renders showing a device without Samsung’s trademark rotating bezels which makes the whole thing questionable at this point.

Based on a leaked poster spotted in Indonesia, pre-orders for the new Galaxy S10 are expected to start the day after the Unpacked event on February 21st, with orders expected to ship out sometime in mid-March. According to info allegedly from the Netherlands, prices for the S10E, S10 and S10+ will start at 750 euros, 900 euros, and 1,000 euros respectively.
That said, when you translate those figures into U.S. dollars, prices feel a little steep, with the S10E going for around $850. Thankfully, Gizmodo UK reported more reasonable pricing for the Galaxy S10 line with the S10E starting at 670 euros, and if we take that into account and do a little adjusting based on previous Galaxy launch prices in the U.S., I’d expect starting prices closer to $750, $850, and $950 or $1,000 for the main Galaxy S10 trio.
As for the Galaxy S10X and the Galaxy F, rumors put both of the devices in the $1,500 to $1,700 range due to the extra costs incurred due to S10X’s pricey 5G-ready modem, and the Galaxy F’s bendable screen. In short, neither of these two devices will be realistic options for a typical buyer.