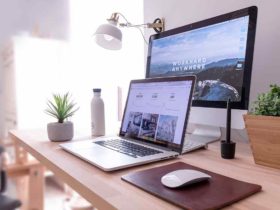 Nintendo has announced an offline CPU Battle of Tetris 99 for $9.99

WhatsApp is now available for KaiOS

Facebook owned messaging app WhatsApp has launch a version of WhatsApp for the JioPhone 1 and JioPhone 2 feature phone running kaiOS. The app has been developed to support 22 native Indian languages. Users will be able to send text, photos, videos and voice messages with end-to-end encryption, though it will lack advanced features like augmented reality and Snapchat Stories-style Status updates.

The JioPhone 1 has been very successful in the Indian market selling up to forty million units already and it’s been estimated to control 27 percent of the Indian mobile phone market and 47 percent of the country’s feature phone market. WhatsApp was supposed to launch alongside the JioPhone 2 that debuted last month for roughly $41, but was delayed.

Whatsapp coming to JioPhone has a three fold benefit as it should open up a big new growth vector for WhatsApp as it strives to grow its 1.5 billion user count toward the big 2 billion milestone. Its also a big win for KaiOS as it will make the OS more appealing for people who want to by a feature phone and also for Reliance Jio, being launched for the JioPhone first.

For the first time, WhatsApp will be available for JioPhone across India. WhatsApp built a new version of its private messaging app for JioPhone, running the KaiOS operating system, to give people a simple, reliable, and secure way to communicate with friends and family. Whatsapp announced in a post on their website.

The new app offers the best of WhatsApp including fast and reliable messaging and the ability to send photos and videos — all end-to-end encrypted. It’s also easy to record and send voice messages with just couple taps on the keypad. To get started, JioPhone users only need to verify their phone number and then they can begin chatting with other WhatsApp users one-on-one or in groups.

WhatsApp rolls out on the JioPhone AppStore today and should be available to everyone by September 20th. WhatsApp wouldn’t say if the app will come to other KaiOS devices made by Nokia and Alcatel.

Which Type of Home Decor is Best for You?

The Effects of Hemp Extraction on the Cannabis Industry

How to Get Started with Income Producing Properties