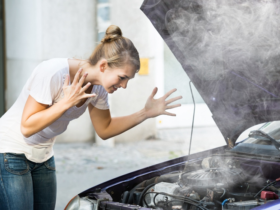 Making Lemonade: What to do if you were Sold a Lemon Car

Android Police discovered hints of a new feature in a the Google Maps beta for Android earlier this year. A location sharing feature which allowed the recipient to also see how much battery life you have left. Well this feature has since been making its way to more and more people’s devices. Now, it’s more widely available even outside the US and its also available on iOS devices as well.

By showing people you trust that your battery’s nearly empty, for instance, they won’t be as worried in case they can’t get in touch with you for the next hour or so. On the other hand, if they know your phone still has a lot of juice left and you’re not picking up when you’re supposed to be free to talk, then they can take action to make sure that you’re safe. It’s a small change with a big potential when it comes to safety. If you want to try it out yourself, simply fire up Google Maps, go to the app’s menu, then to Location Sharing and choose who you want to send your location to.