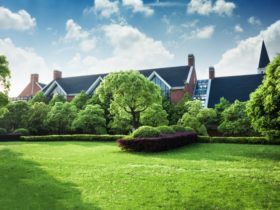 5 Potential Hazards Hiding In Your Yard

Many companies have been adopting a new trend in device launch where they do small incremental updates and launch it as a new product. This makes the product stay relevant for longer hence more attension and sales. OnePlus does this with their “budget” smartphone. For example there will be an incremental update to the OnePlus 6, the OnePlus 6T expected in November. LG also uses this launch strategy with its V-line of flagships. LG announced a V30 Signature Edition back in December and now they have given it a premium treatment to borth the V35 ThinQ. This next-gen Signature Edition has zirconium ceramic back cover that prevents scratches, sleek Black or White design and comes with Bang & Olufsen headphones in the package.

Beyond the premium exterior, the second-gen LG Signature Edition is basically the V35 ThinQ, packing a 6” FullVision OLED panel with 18:9 ratio and QHD+ resolution. The chipset is Snapdragon 845, while RAM is 6 GB and storage is 256 GB, expandable via microSD. The dual camera on the back has two 16 MP snappers, one of them with an ultra-wide-angle lens.

The premium package includes exclusive after-sales service with a personalized assistant, fancy leather case and the ability to engrave it, along with the phone, with your name. There is also the exclusivity of being one in only 300 to own the LG Signature Edition.

The over-ear headphones by B&O in the retail box are the Beoplay H9i that connect over Bluetooth and have a €500 price tag if purchased separately.