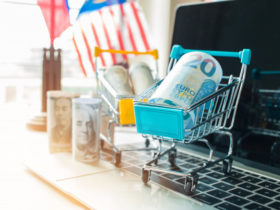 The latest budget flagship from the Chinese consumer technology company OnePlus, has been very successful. The hard work put in to make the OnePlus 6 has paid off. This success has given so much motivation to OnePlus that they have already started working on their next flagship. It plans to launch mid next year which reports suggests it will be called the OnePlus 7. OnePlus is going all in on this one, putting all their chips on the line with a more ambitious blueprint design.

OnePlus CEO Pete Lau at the Mobile World Congress Shanghai said that OnePlus is working with at least one US mobile carrier to launch a 5G smartphone sometime next year. The report from PhoneArena stated that due to OnePlus’ strong connection with Qualcomm, the smartphone maker could in fact be the very first to unveil a 5G compatible smartphone in the country and possibly around the world.

A 5G compatible OnePlus smartphone alongside the device’s incredible performance would make this a breakthrough OnePlus device for sure. This will be a big deal for OnePlus because they will no longer be considered as a small company that makes budget smartphones or a startup but a world leader in consumer technology development. This could give them a fighting chance to compete with brands like Apple, Samsung and Google.

Huawei also announced a few months ago that it aimed to launch the first 5G device in 2019. We will see who will do it first.

I say things are looking up for OnePlus and seeing what they have done with their previous flagships, I am pretty confident that they can pull off this ambitious plan.