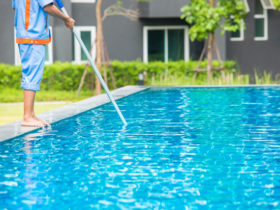 There exist various different types of displays. but what the difference between the various types? First, off we are going, to begin with, the most common and oldest. The LED display

The LED DISPLAY
An LED display, or a “light emitting diode” display, is a flat-panel display that uses diodes that emit light as pixels. It can either be a small part of a display or a whole display on its own. An LED panel consists of several LEDs, whereas an LED display consists of several LED panels. LEDs used in order to make up LED displays offer several advantages in comparison to other light-emitting sources. a light emitting diode consists of a chip which is surrounded by a plastic transparent case. These displays are less efficient as compared to the more recent ones.

The OLED DISPLAY
The OLED display means Organic Light Emitting Diodes. Yep. This display is organic . 1 pixel is made up of a red, green, and blue subpixels clustered together. They are advantageous as compared to traditional led in that They consume less electricity because all the pixels in which is to emit a dark light are actually turned off, They don’t need a backlight hence making them thinner. Improved picture quality, wider viewing angles, and faster fresh rates. up to 120 Hz in 4K UHD resolution. It is more durable and cheaper to create.This is most common in phones now. But its not all good news. Different phone flagship manufacturers of been accused of having a tint of color on their screens. There has also been a case of screen burn-in on OLED phones.

The AMOLED DISPLAY
This is derived from the OLED. The AM means Active Matrix. Rather than a passive matrix technology in OLED displays, this tells us how each little OLED is controlled. In the passive matrix, a complex grid system is used to control individual pixels, where integrated circuits control a charge sent down each column or row which is slow and sometimes faulty or imprecise. The Active Matrix systems attach a thin film transistor (TFT) and capacitor to each LED. This way, when a row and column is activated to access a pixel, the capacitor at the correct pixel can retain its charge in between refresh cycles, allowing for faster and more precise control.

You might also encounter the Super AMOLED which incorporates the touch sensitivity in the display instead of putting it in another layer which makes the display thinner. There is really not a huge difference between OLED and AMOLED

The QLED DISPLAY
This means Quantum Dot is most famous in Samsung TVs. Quantum dots are microscopic molecules that, when hit by light, emit their own, differently colored light. In Samsung’s 2017 QLED TVs, the dots are inside a film, and the light that hits them is provided by an LED backlight. That light then travels through a few other layers inside the TV, including a liquid crystal (LCD) layer, to create the picture. The light from the LED source is transmitted through the layers to the screen’s surface, This display has a backlight as compared to the OLED and AMOLED displays. This is mostly used in Samsung’s 4K TVs

The POLED DISPLAY
The ‘P’ stands for Plastic. The display is flexible and was used in the LG G Flex and G Flex 2. A plastic substrate is used instead of glass as in the other displays. The LG’s POLED that powered G Flex 2 carried a diamond pentile matrix, which is also found in Samsung ‘s Galaxy S8 Super AMOLED panel. This display has all the advantages of the OLED display with an added advantage of its flexibility making it more durable and can sustain falls and drops.