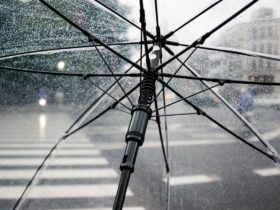 It’s been a while now since the Apple’s HomePod was announced to rival the Google  Home and Amazon Alexa. And on January 26th the HomePod smart speaker was Officially available for preorders through the Apple Store app at a price tag of $349 with shipping to start on February 9th.

The HomePod is Powered by the  Apple’s A8 chip.

It also features a built-in Siri of course, Homekit support to control all your compatible smart home devices, six microphones and can automatically optimize for a given room.

Since all the released ads of the HomePod is about music, it means Apple has done a lot of work in the sound quality of the HomePod with 7 arrayed tweeter speakers at the bottom, a High‑excursion woofer at the top.

It also has the ability to create stereo sound with 2 HomePods. Speaking about 2 HomePods, if you get more than one, the devices can communicate with each other through Airplay 2 to play different songs in different rooms or one song on all the devices. Apple says this feature is “coming this year in a free software update.”

It also features a display at the top which provides visual feedback and  when input or commands is given to it through Siri or manually with the touch buttons “+” and “-” via these 5 controls: Tap to Play/Pause, Triple-tap for Previous Track, Tap or hold plus for Volume Up, Double-tap for the Next Track, Touch and hold for Siri and Tap or hold minus for Volume Down

Placing the HomePod in the middle of the room will give you a 360-degree sound spreading all around, but if it is moved to the walls, the Homepod will work out what surfaces are nearby and split the sounds accordingly. Meaning the background instruments and accompaniments will be reflected back, and the main vocals and instruments will be given a more powerful, direct route to your ears. The speakers provide clear vocals and noise the noise cancellation is said to work pretty well.

Though the Homepod is focused on music from the ads so far, is also is meant to be a smart home assistant and with the aid of Siri, control your home and your compatible devices. Siri can provide reminders, latest news, traffic, sports, and weather, send messages, Handoff phone calls.

The Homepod is available in 2 colors: Space Gray and White.